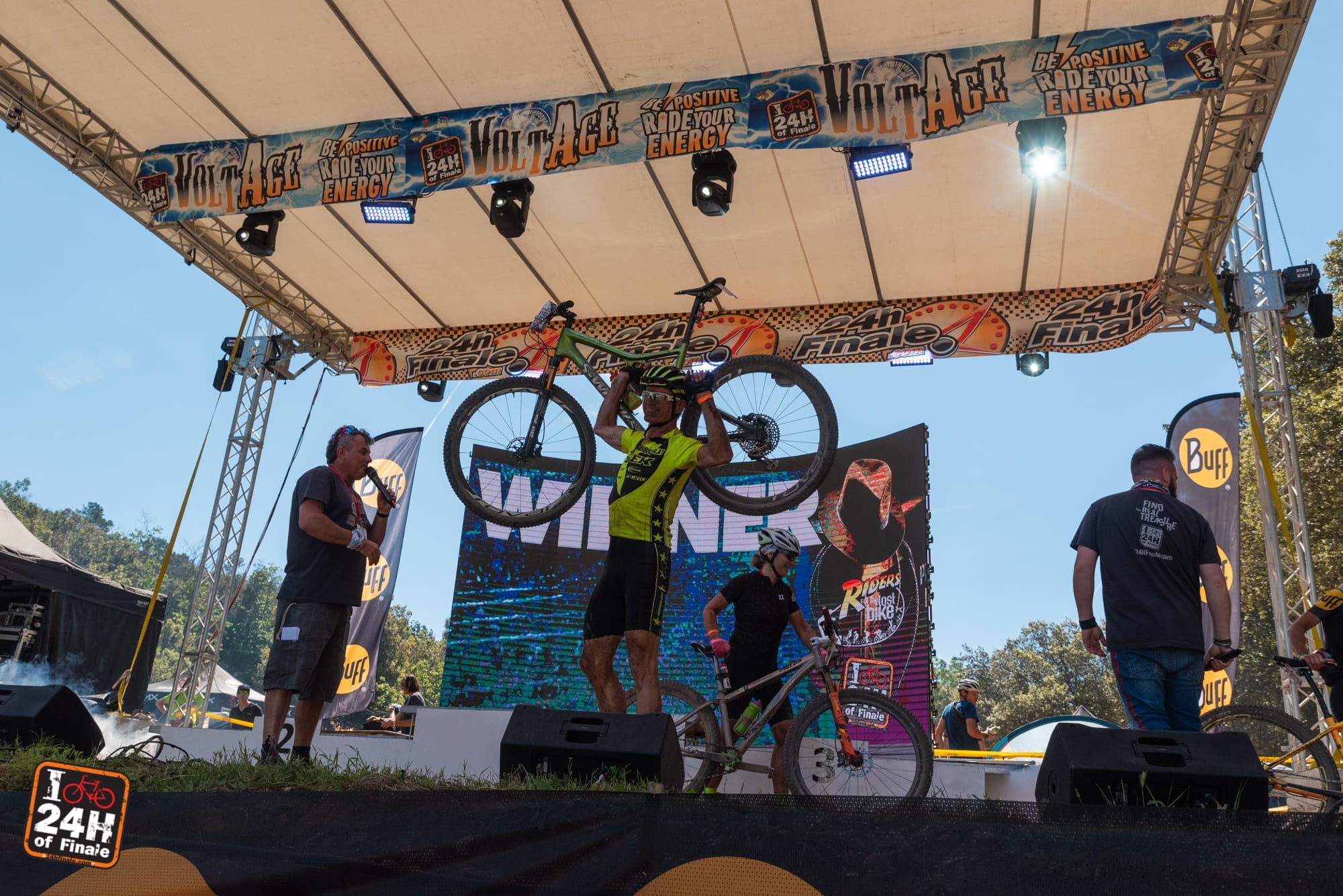 04 Jun RUDOLF SPRINGER, SOLO RIDER, AND GTR1 TEAM SEAL THEIR VICTORIES. IN THE WOMEN, GIULIANA MASSAROTTO TAKES THE TOP STEP OF THE PODIUM

Posted at 09:31h in Uncategorized by Alberto
0 Likes

Three days blessed by sunshine and tons of fun: 24H of Finale has just wrapped up its twenty-first edition

While the soundtrack of Indiana Jones – the main theme of this exciting edition of the 24H of Finale – resonates in the event village, some of the figures of three unforgettable days on Altopiano delle Manie have just been released: more than 2000 competitors, 700 litres of beer, 500 kg of pasta and an incalculable amount of entertainment and fun.
Far beyond what a simple competition means, and thanks to the vibe and message it carries, the 24H of Finale is a race able to spread positive energy in the name of sport, participation and fun. At the same time showcasing its offer of beautiful trails, the same that have made Finale famous worldwide. A sunny day with no wind assisted those who were tackling one of the most famous and popular endurance competitions out there, including those heading to the top positions in the ranking. 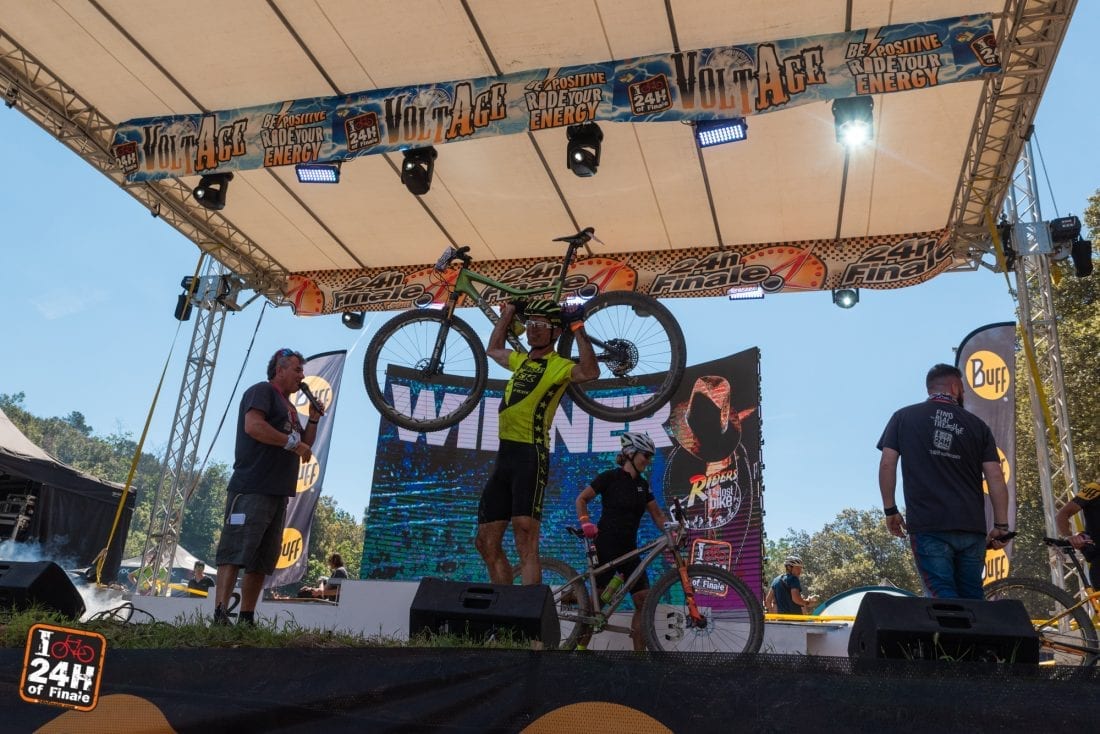 In the SOLO category, Rudolf Springer conquers the podium: he triumphs with 26 laps and a total of about 300 km on the bike. Thanks to this additional win, Rudolf – from Austria – goes down in history as he has finished a total of five editions of the 24H of Finale on the top spot of the podium. From the stage of the award ceremony Rudolf declared “twelve years ago, when I entered this event for the first time, I promised my wife that I would compete in Finale and then I would retire. But I simply couldn’t help myself and not do it again”. Another emotional finish in the SOLO category has been offered by the challenge at the last second between Claudio Lazzaroni and Nico Valsesia. The two athletes, for the first time in the history of the 24H of Finale, get a joint second place: showing great physical and mental stamina throughout the whole race, during the last lap they were just a few seconds apart; the decision was then taken to sprint to the finish line together, thus becoming spokesmen of the message that constitutes the true essence of the sport. Lazzaroni and Valsesi finish their race with 23 laps and 276 km. 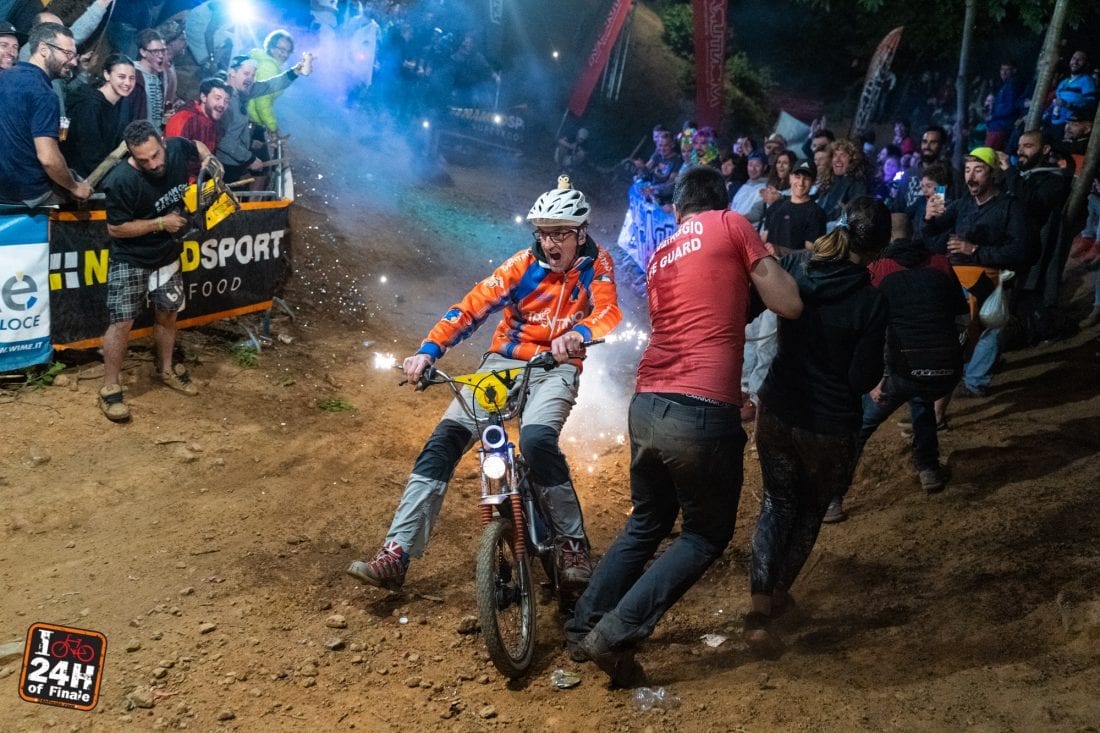 Giuliana Massarotto proves herself amongst the women, standing out over the technical and challenging race course of the 24H of Finale, and wins in SOLO category with 20 laps and 240 km. Ilaria Balzarotti (Buff Team) is second with a two-lap gap, followed by tireless single-speed rider Ausilia Vistarini (Biancaneve), in third.
The 8-athlete GTR 1 Team, from Germany, wins in their category: they managed to put together 36 laps, the highest number over the race course of the 24H of Finale. An excellent team effort ensured them victory. In men pairs, Babbola is the winning team; while in men fours the victory went to In…crea Jones 4. In the women’s teams, Scott Contessa team prided themselves on the quickest ladies; in women 8 the victory went to Se Ta Ciapi Ta Copi Girls and, finally, amongst the 12-rider teams Montura…Mina a tutta Birra won the men while Le Ragazze Free Ride got the women category.
Here the overall results.
BlueBike, organizers of the 24H of Finale, are already waiting for next year’s edition and thank all participants and sponsors: Buff, Muc-Off, Montura, Named Sport, Wi-Me, FiberPasta, Coop Liguria, Finale Outdoor Resort, Comune di Finale Ligure and Comune di Noli. 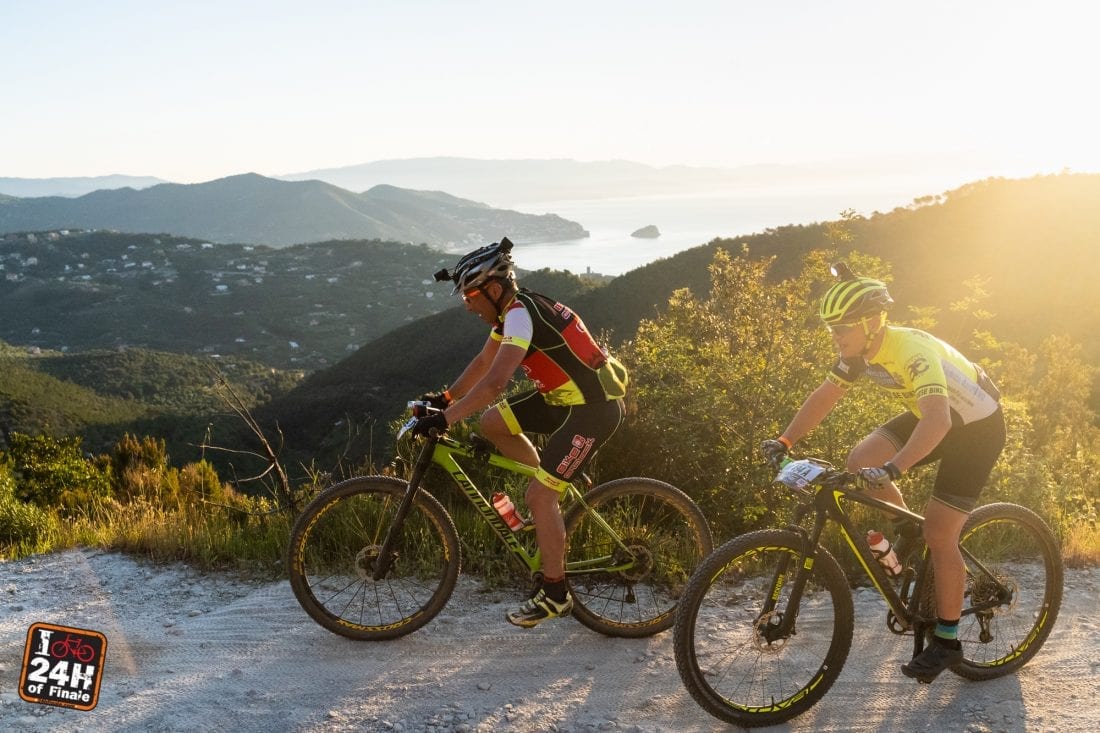